It is always been a great concern for developers to choose the JavaScript frameworks for their projects as there are quite a few libraries and frameworks in the market to choose from. So, selecting a JavaScript framework is not very easy thing to do for the developers. Especially for beginners who might find it difficult and they get confused about which one to choose. According to the skill and project requirements you need to consider several factors while choosing a JavaScript Framework.

If you are also in the line to pick the JavaScript framework, then you are on the right place. In this blog we are going to compare two of the most popular JavaScript frameworks, one is React and the other one is Vue.js. Both these are front-end JavaScript frameworks which you can use to create various types of web-based projects proficiently. However, considering your own capabilities and project requirements we hope reading this blog will help you choose which is right for you.

React: Using the React you can develop the UI-first projects with an ease as it has a group of concepts depending on practical programming.

JSX is the most noticeable one from these concepts that allows you to code within the JavaScript using HTML. But, React JavaScript is vastly dependent on the components of third party so that it can deliver proficiency.

Vue: Though Vue is not as popular as React in this field, it is becoming more popular day by day as many developers find it easier to learn and use. It is a combination of OOP (Object Oriented Programming) and functional programming.

Vue is considered easier for beginners because almost every web developer is familiar with HTML. It uses HTML, CSS, and JS separately so that developers will not have much issue with reviewing and understanding their code. But, if you are more comfortable with JSX, it also allows you to use that too.

React: To be honest if you are a complete beginner in the web developing process then we would suggest you do not go for the React directly. It is a the more difficult to learn option, but with that said if you have the spare time, the patience, and the determination you might still consider learn it first.

Vue: In comparison to React, Vue is easier to learn without any doubt. So, if you are a beginner in web developing, you can start with Vue and get to know it well in a shorter period of time.

React: When it comes to the performance both the React and Vue offers almost same performance but react is a bit slower compared to Vue.

Vue: Vue uses virtual DOM (as does react). The main benefit of a virtual DOM is that any update in different elements is not going to affect the entire DOM. It is a bit faster than React due to how it operates with VDOM.

React: As it is a UI based framework, an important feature you will get is the support for creating user-facing elements. You will not get flexibility regarding the state management features. To get this feature you may have to use Redux.

Vue: On the other hand, Vue is more flexible than React as it is a progressive framework. You can use all the built in features of Vue to develop any project and if you need anything outside of it, you can also use that too.

React: The demand of React in the job market is very high and one of the big reasons is that it is backed by the huge tech giant Facebook.

Vue: Though the React has the more demand, the demand of Vue is increasing greatly day by day. The day is not very far when Vue will be in the top list of job market. An Introduction to Blazor Framework from Microsoft 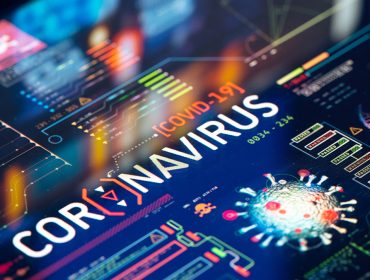 How Covid-19 is Changing Cyber Security

How Covid-19 is Changing Cyber Security